Despite being 35 and not having a bevy of suitors in the NRL, veteran Benji Marshall has the opportunity to be one of the highest paid players in the English Super League.

With North Queensland and Cronulla offering the 324-game veteran one year deals worth around $140,000 a season for 2021, an offer from the northern hemisphere has blown them out of the water. 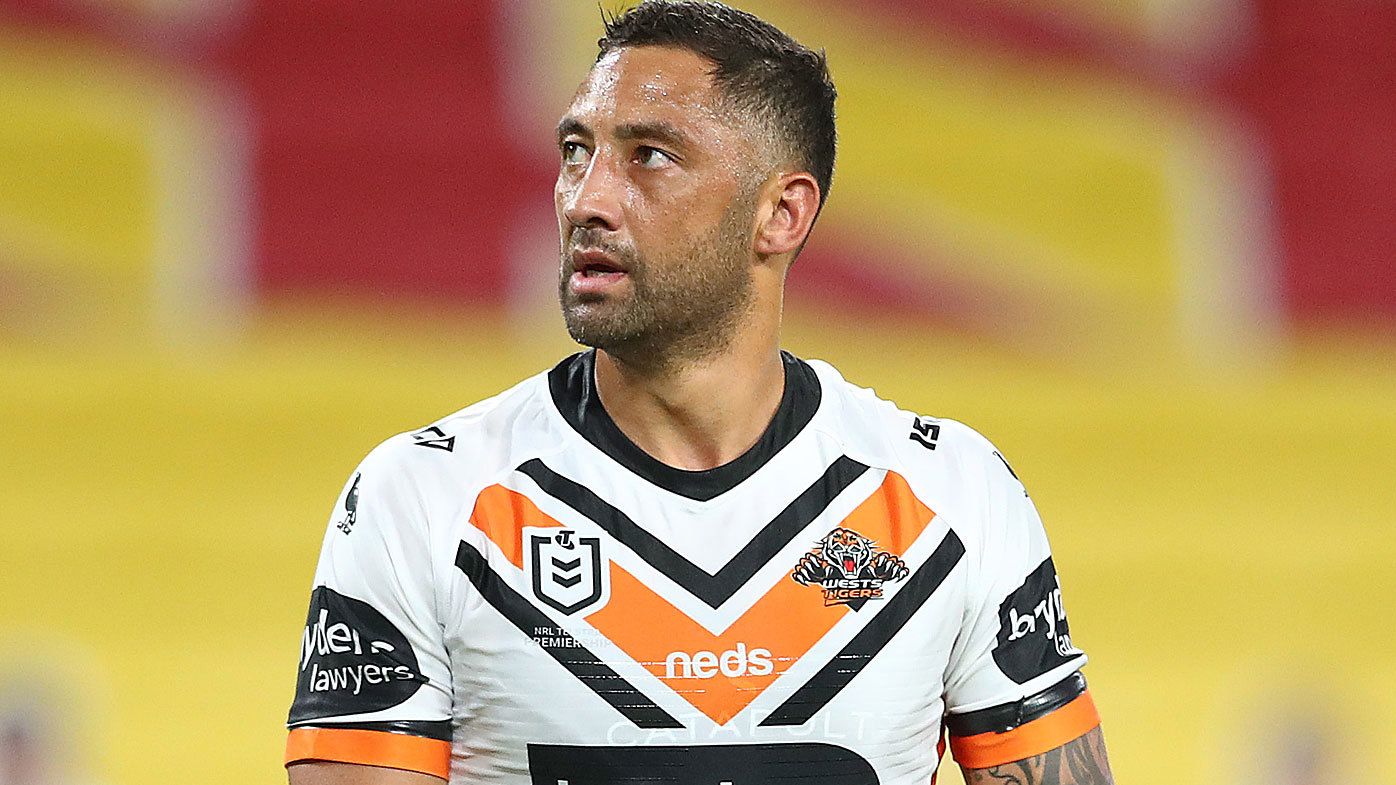 The English Super League club is understood to have offered the Tigers legend an offer for 2021 believed to be in the vicinity of £400,000 ($722,000AUD) according to News Corp.

Marshall and Hodgson were part of the Tigers' maiden NRL premiership in 2005 and if he accepts the deal his salary would be on par with Warrington playmaker Gareth Widdop, who is the highest paid player in England.

It's understood Canterbury is also interested in possibly signing Marshall as an option if Matt Burton does not gain a release from Penrith to play for the Bulldogs next year.

Burton signed on to play at Belmore from 2022 but coach Trent Barrett is trying to organise an early release so the Dubbo product can play a year earlier.

The move could be an attractive one for Marshall considering the inexperienced halves he could mentor on their roster and the possibility of playing with his brother, Jeremy Marshall King.

"We're definitely not done and dusted. We've got three spots still available and obviously one will be held for Matt Burton if we can try and do a deal and get him out early but the other two spots, we have a very clear idea of what we need and who we need to go after," Barrett told SEN.