Welcome to the first edition of Super Rugby Download, where we bring you all the highlights, lowlights and weird and wonderful talking points from both the AU and Aotearoa competitions.

There were 24 tries scored across four games this weekend – as the Aotearoa competition joined the Aussie party a week late.

Seven of those tries were scored by hookers and they could've had another, had a crafty five-eighth not snuck in to steal one.

SIGN UP: The only place rugby fans can watch every match is Stan Sport. Start a 30 day free trial now, for a limited time only 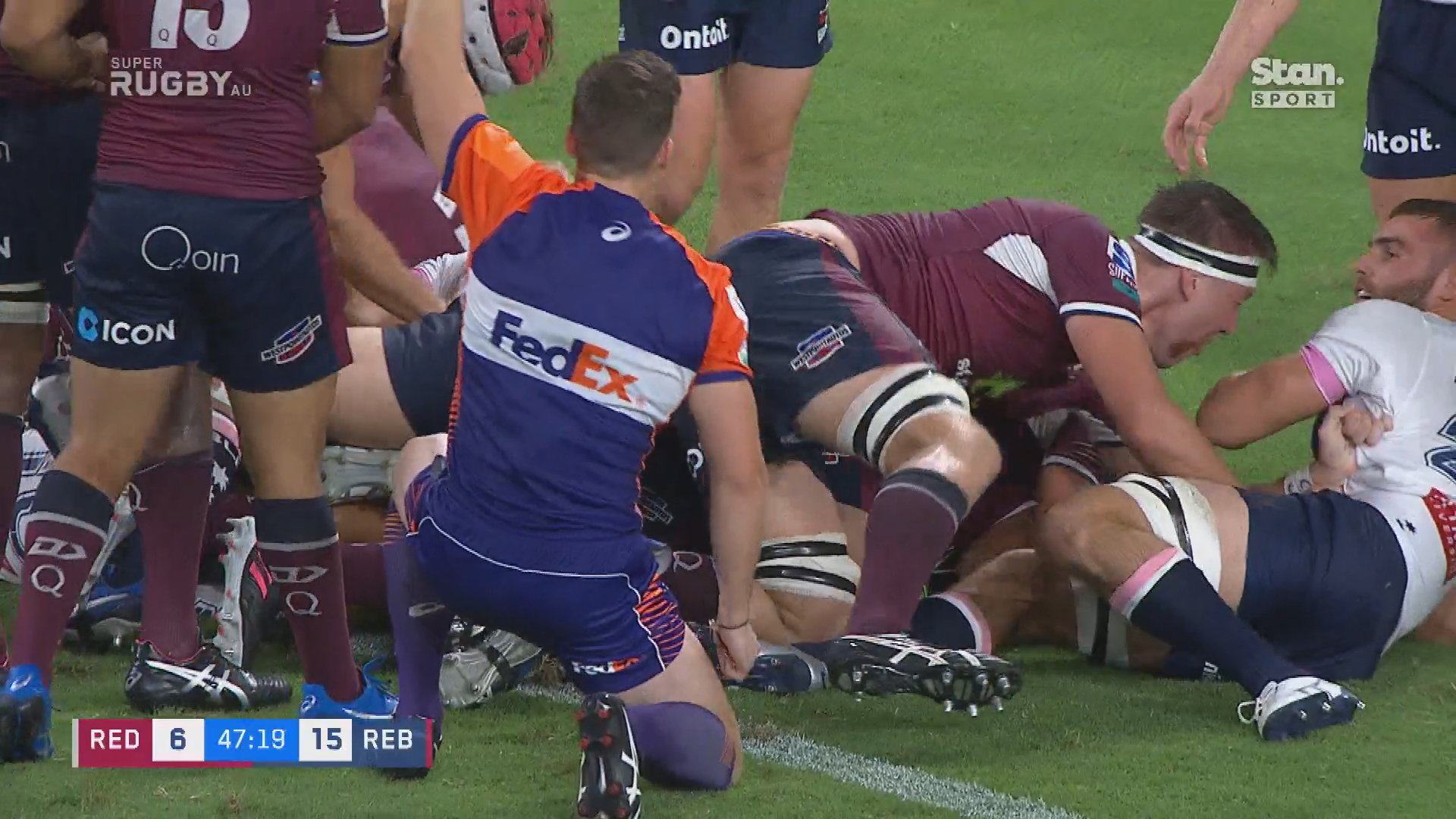 At around 7.50pm on Friday night, it seemed like the Earth had been nudged off its axis by the thunderous tackle that Reds centre Hunter Paisami had unleashed on Rebels five-eighth Matt To'omua.

It was a clean tackle, but one that no matter how many times you watched it replayed, always made you wince.

To'omua got straight up and carried on which seems a theme for these Rebels too, who had to overcome being hastily relocated to Canberra to avoid the latest COVID lockdown in Melbourne and were only able to fly to Brisbane earlier in the day.

So, very few had given the Rebels a chance in this game. 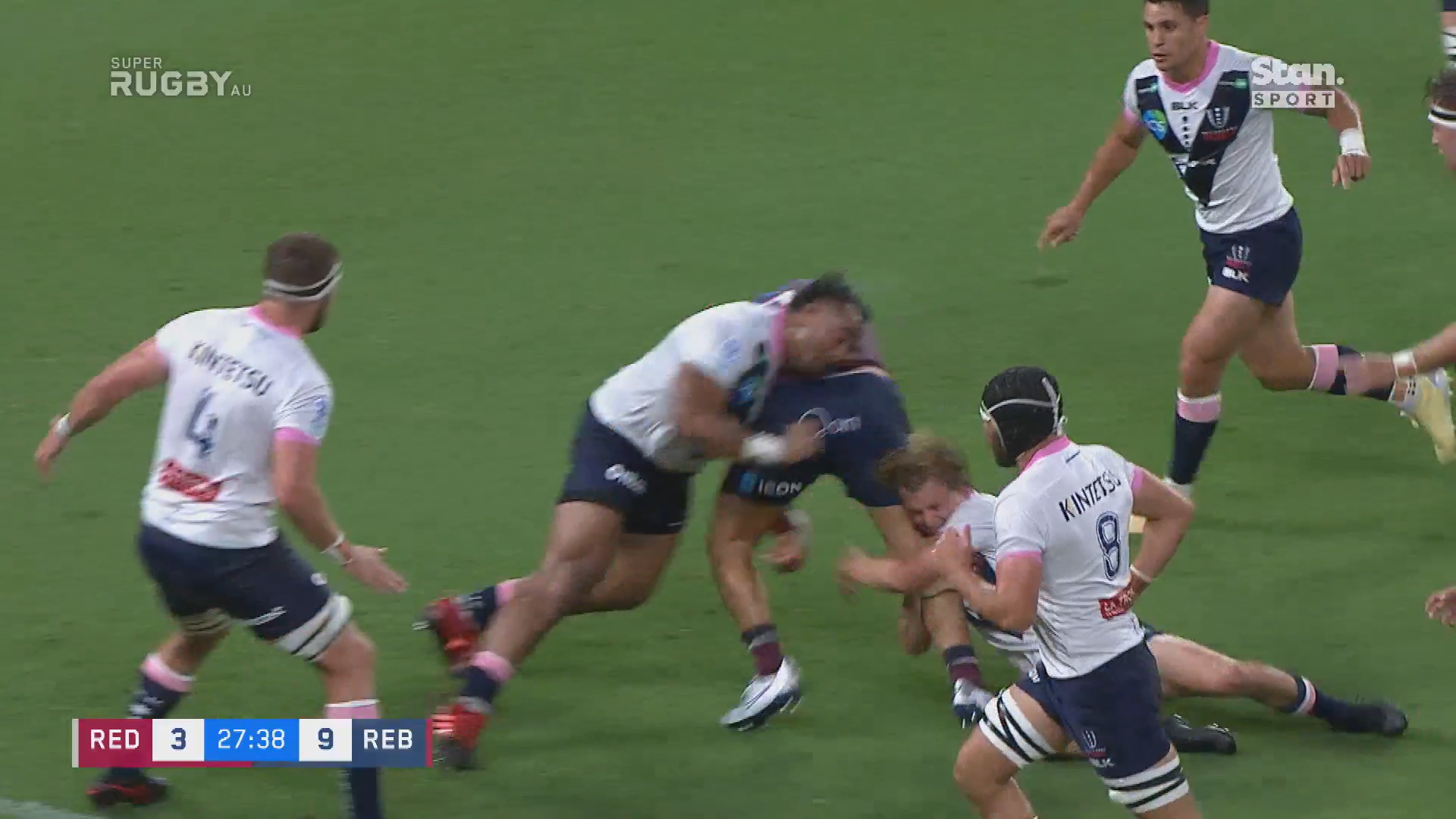 The Reds looked to play up-tempo footy the entire game, in an effort to run the Rebels ragged, but the humid conditions at Suncorp Stadium didn't help and there were a lot of errors made, often during promising attacks.

Despite failing to threaten the Reds try-line, Melbourne were able to win the defensive battle (for the most part), by getting key turnovers at the breakdown, as well kicking penalties when they came their way.

Leading 12-6 at halftime, the Rebels' chances of an upset gained some serious traction, as Reds prop Feao Fotuaika was shown a red card for high contact to the head of Rebels flanker Richard Hardwick, during a ruck cleanout. 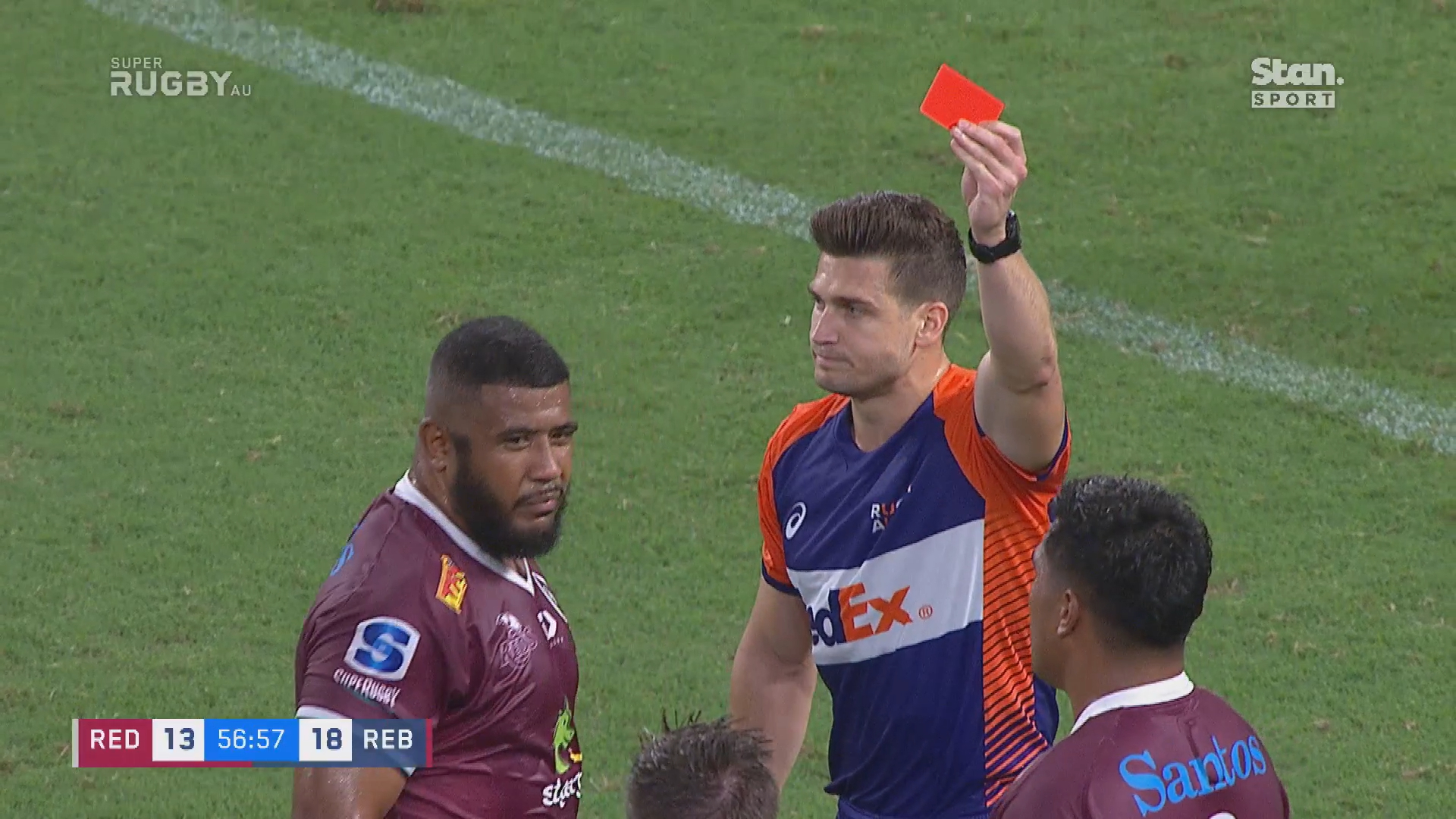 And that was just the start of the drama.

Following a To'omua penalty, the Reds nearly stole an incredible try from the kickoff.

Vunivalu reached around to try and ground the ball but Powell (who must have ice water in his veins) just nudged it dead with his foot. 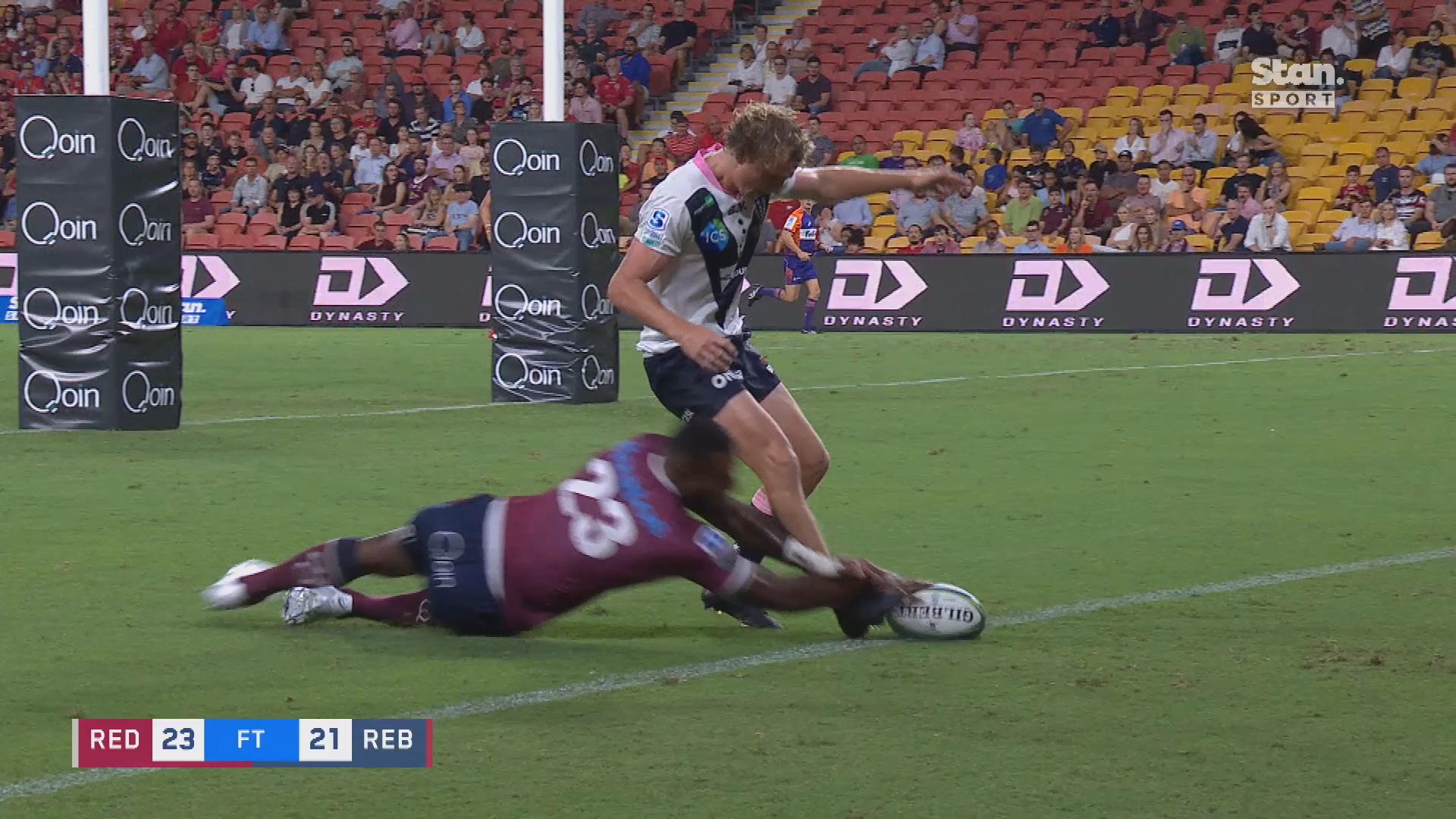 The final 10 minutes was all out attack from the Reds, as Alex Mafi was first denied a try from a knock on at the line.

He was then able to atone by scoring in the 76th minute to put the home team ahead for the first time all game. 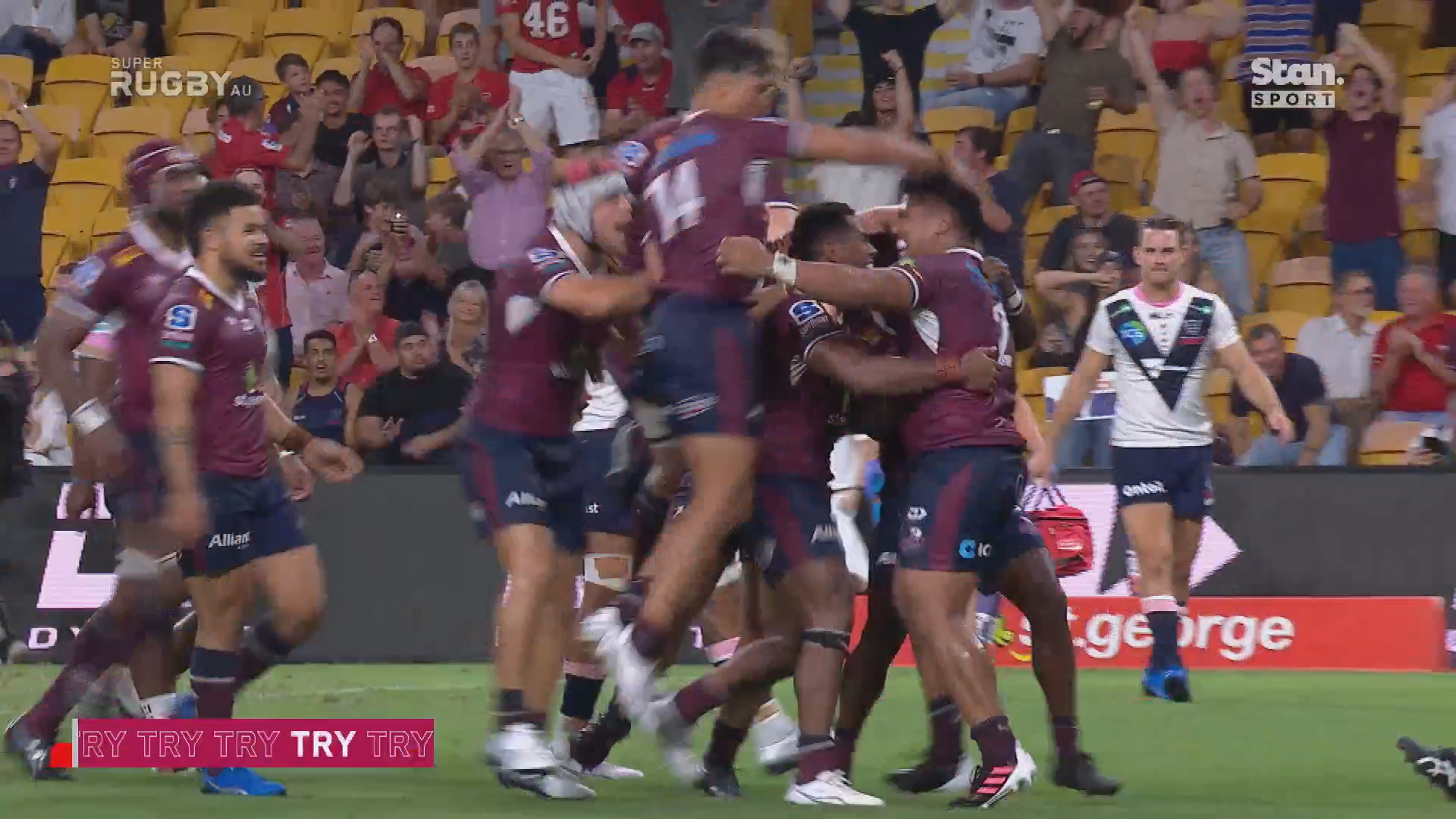 Following that, a Paisami high tackle gave the Rebels the chance to steal the lead back at the buzzer, however To'omua pulled the kick to the left. 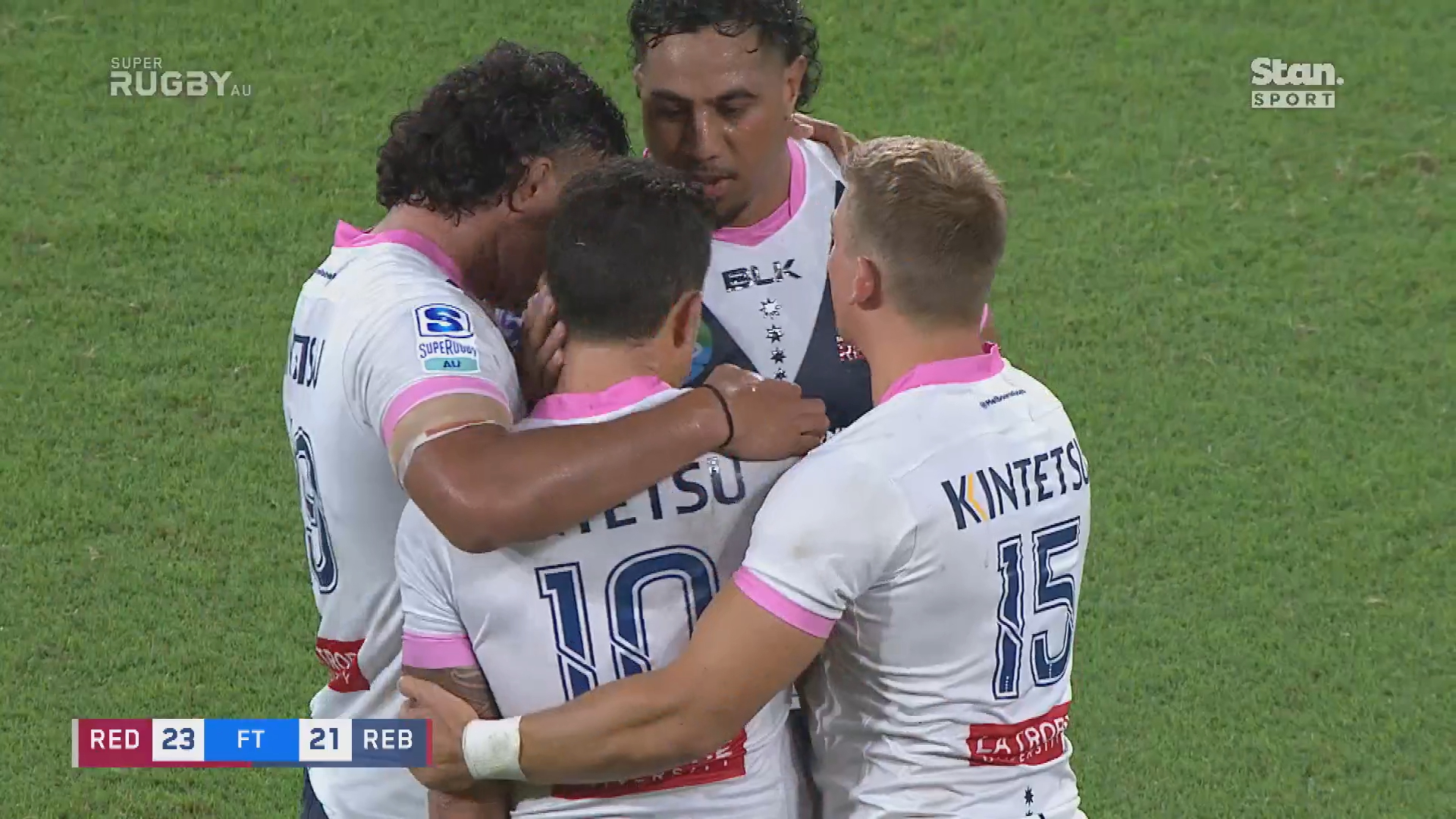 All in all, not the best game, but it sure was absorbing.

Hats off to Taniela Tupou for his work on the bench (pestering his teammates) and To'omua for brushing off the Paisami hit and heartbreaking miss. 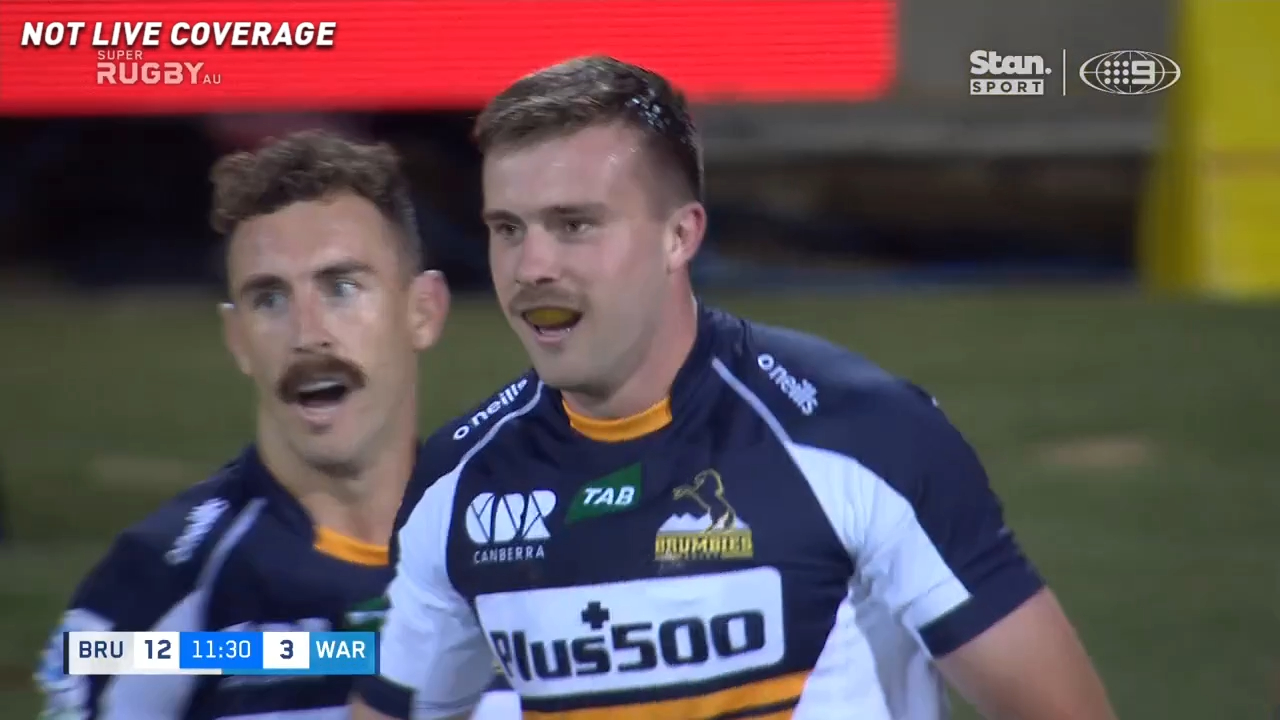 The Brumbies returned to GIO Stadium in Canberra for their first home game of the 2021 season and I guess you could say it went fairly well – recording their biggest ever win against the old enemy.

The Brumbies and Crusaders almost appear to be mirror images of each other, with very strong defensive systems and rock-solid forward packs that can set up good field position to attack from, or even score tries themselves.

The defence was a standout aspect again this week, as the Brumbies made the most tackles (115) with the highest success rate (90%) of any Super Rugby team, in another highly organised display.

With ball in hand, they are clinical finishers, scoring nine tries – including a hat trick to Mack Hansen. 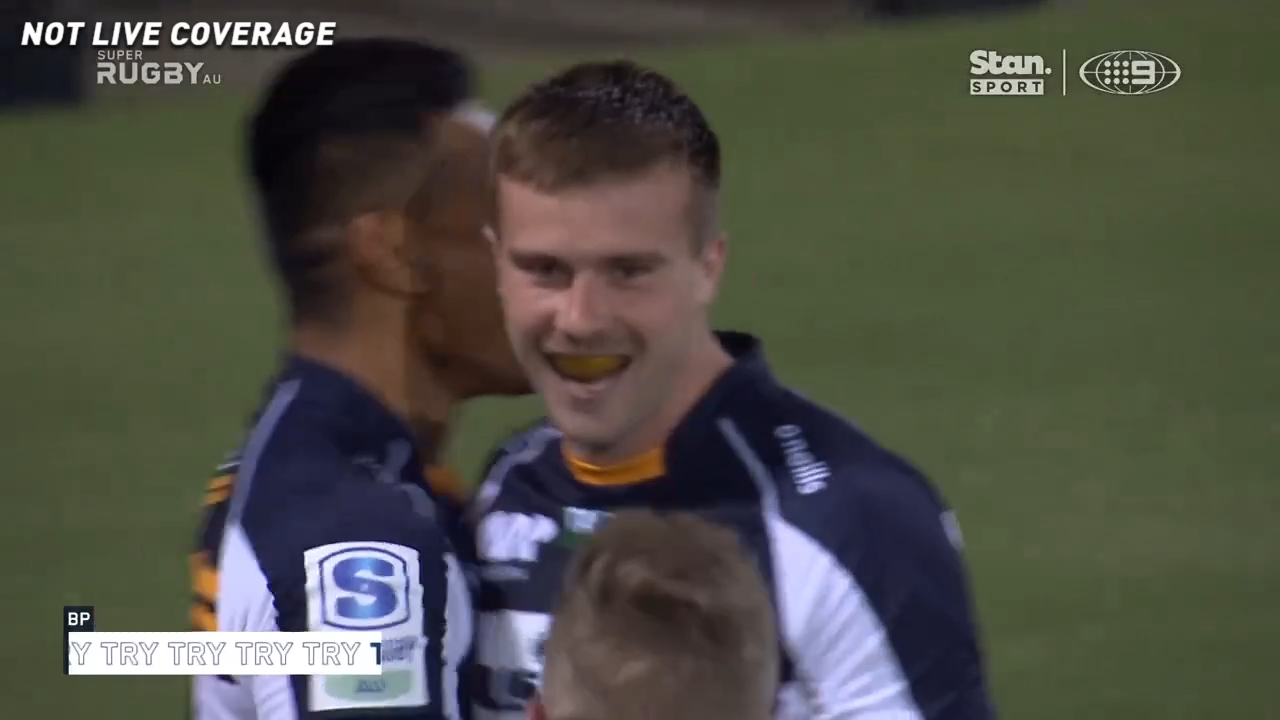 The young winger was quick to pour praise on the players inside him, which is fair, as Nic White again ran the show beautifully from halfback, including his own try in the second half.

Noah Lolesio, Len Ikitau and Tom Banks also showed far too much for a Waratahs defensive line that was often left in disarray.

Lolesio managed to cap another efficient game with an unusual try, by joining on to the back of an attacking maul. 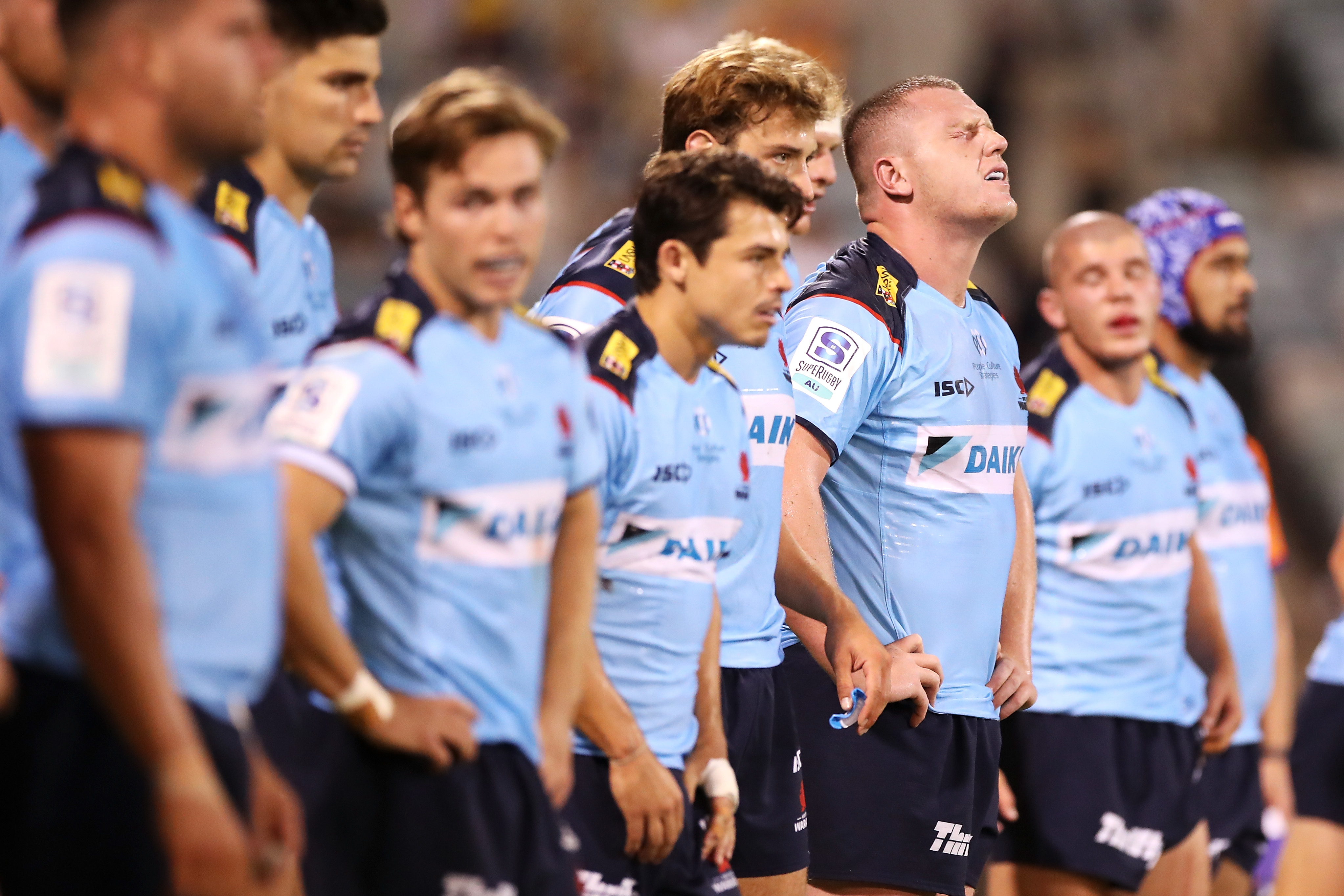 Meanwhile, these are worrying times indeed for the Tahs.

They have now conceded 102 points in just two games and really need to find something as they travel to Bankwest Stadium to take on the Force on Friday.

There were some green shoots for the Sky Blues though, with Tepai Moeroa adding some punch at inside centre, while rookie flanker Carlo Tizzano showed his non-stop motor, as he led all comers in carries (12) and tackles (13).

But again, too many errors were a blight on the Waratahs game, as was a defence that was completely outclassed on the night. 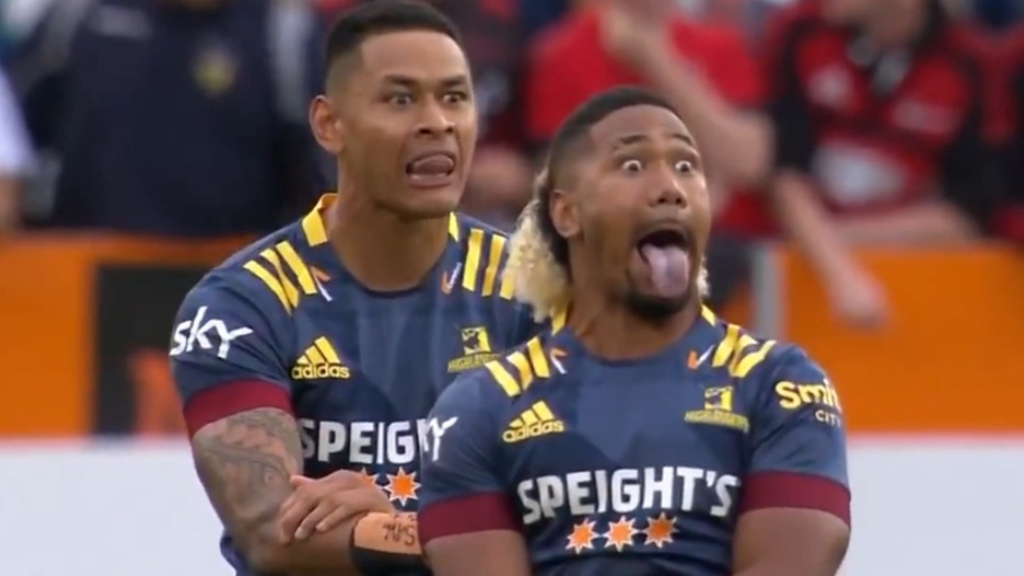 SUPER RUGBY AOTEAROA, ROUND ONE

Super Rugby Aotearoa kicked off with a bang at Forsyth Barr Stadium in Dunedin on Friday.

In fact, the excitement started before the kickoff, as the home team Highlanders debuted their haka – Hautoa Kia Toa – which sent the university students into raptures to get things started.

From there the Highlanders had enough possession and opportunities to win this game, the trouble was they didn't take them, with key errors on attack as well as turning down a number of kickable penalties.

The Crusaders were ruthless as always, with a tough defence shutting down numerous attacking phases from the Highlanders.

The defending champs were able to thwart a number of lineout drives near their own try line and then turn it on at scrum time to win penalties at crucial moments.

With ball in hand, the Christchurch-based side were deadly with Richie Mo'unga, Sevu Reece and even hooker Codie Taylor getting in on the act, with a 40 metre sprint for the game's first try. 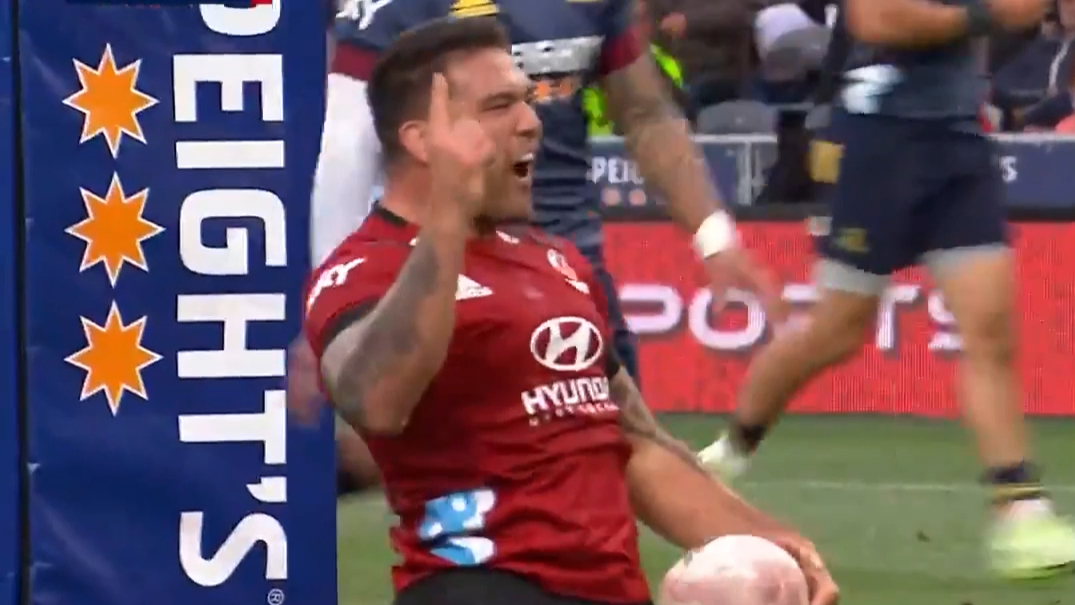 The Crusaders did benefit from a couple of close calls too – the Reece try seemed like his foot may have slightly grazed the touchline before dotting down, while the Highlanders had a try ruled out, due to another close call earlier in the lead up.

A few poor options on attack for the Highlanders, and the killer instinct from Scott Robertson's men, ensured a comfortable win in the end.

Special mention should go to Highlanders co-captain Ash Dixon for bringing up 100 Super Rugby matches, while Crusaders lock and captain Scott Barrett suffered the indignity of getting a yellow card and embarrassingly losing his shorts in the same game.

Both incidents did bring ironic cheers from the crowd though. 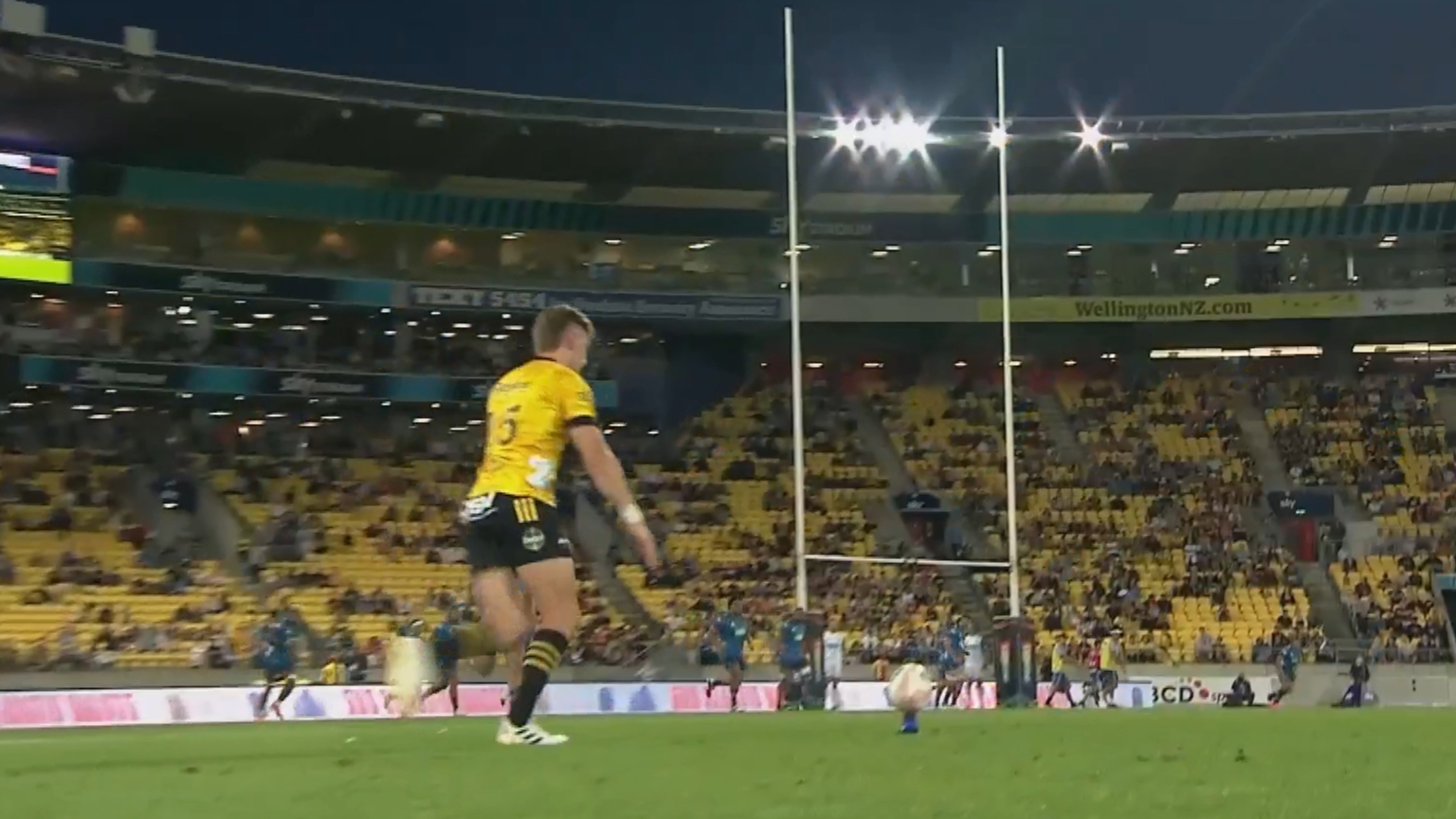 One benefit of starting the rugby season in February is that the weather in Wellington is still likely to be reasonable.

As was the case when the title-hungry Blues visited the capital city to get their season off to a great start.

Coming out of the blocks full of intent, the Blues were able to feed strike winger Caleb Clarke, who broke numerous tackles in a strong game.

One such run put the Blues in good field position, allowing flanker Dalton Papalii to seize upon a Canes error for the game's first try. 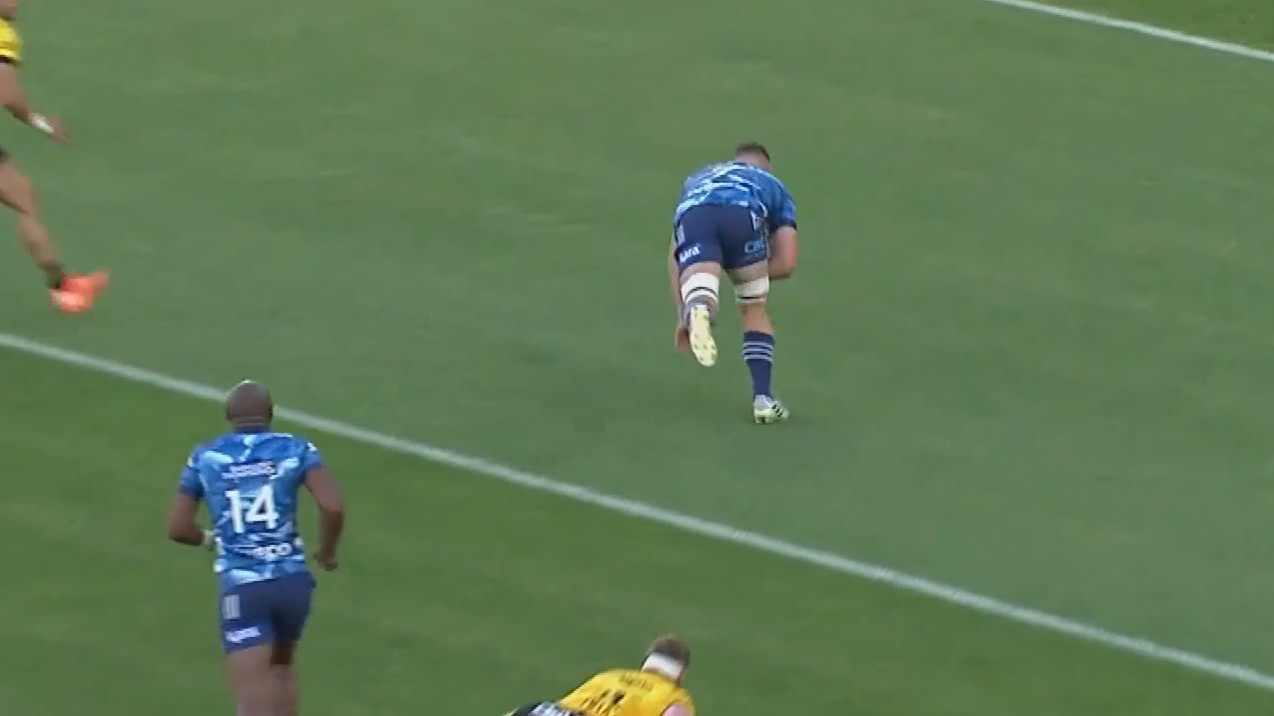 The men in yellow got back into it though, with a rampaging try to exciting hooker Asafo Aumua, who was a standout all game – grabbing another try and generally creating headaches for the Blues defence.

Also impressive for the home side (as per usual) was Ardie Savea, who celebrated his first game as captain, first game reunited with brother Julian and his 100th match for the Hurricanes.

Savea led well, grabbing key turnovers when the Canes were under severe pressure. 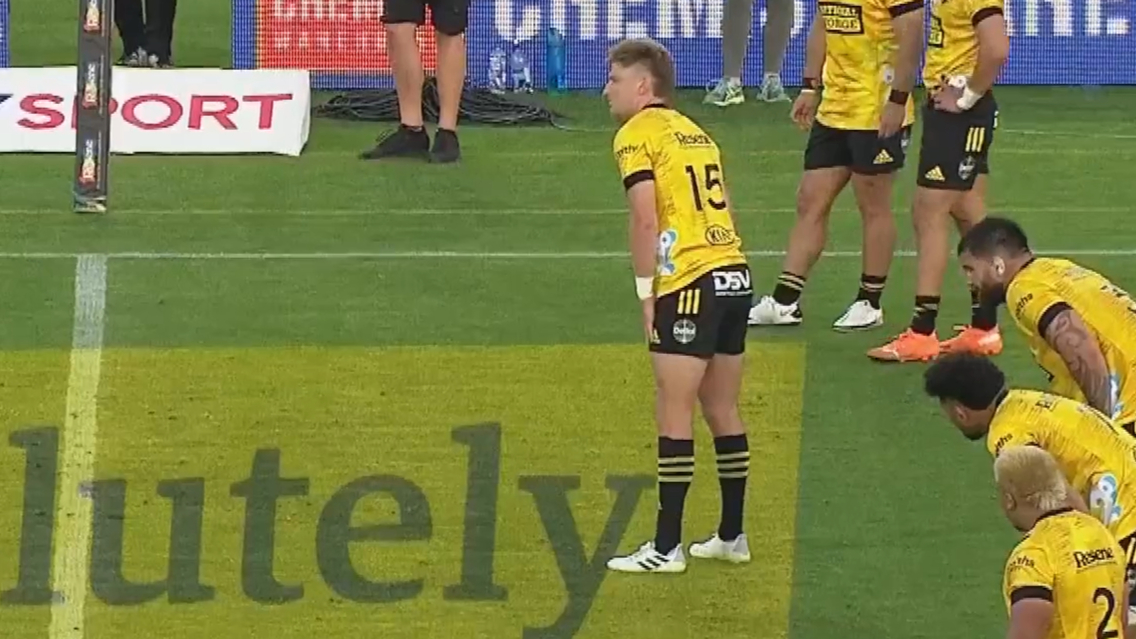 After going in to the sheds trailing 11-8, the Blues came out in the second half and were able to strangle the Hurricanes' attack, only allowing five more points, while emphatically piling on 23 of their own, with well-worked tries to Clarke, Stephen Perofeta and the final nail in the coffin – a runaway try to Rieko Ioane.

Adding in what looks like a powerful Blues scrum, there is now every reason to believe that this could indeed be their year as they head into a bye week.

Meanwhile, the Hurricanes look to rebound from an ill-disciplined display and get some attacking mojo back next week against the Crusaders.