NFL golden boy Tom Brady made a quick exit from his press conference amid questions about coaching after the Buccaneers went down to Patrick Mahomes and the Kansas City Chiefs in their much anticipated clash on Monday AEDT.

The six-time Super Bowl champion suffered a third consecutive home loss for the first time in his career, and once again that losing feeling exposed a petulant side to the legendary quarterback that fans and media are becoming more accustomed to. His frustrations this season has seen the NFL great throw tantrums on the sideline and snub rivals at the end of games.

For years Brady's domination in New England and his excellence as a player mostly covered up his disdain for losing. Not so in Tampa competing in the NFC conference.

The Buccaneers dropped to 7-5 this season after Brady finished 27 of 41 for 345 yards with three touchdowns and two interceptions.Tampa Bay has been outscored 52-7 in the first quarter of the past four games as the offence continues to splutter. 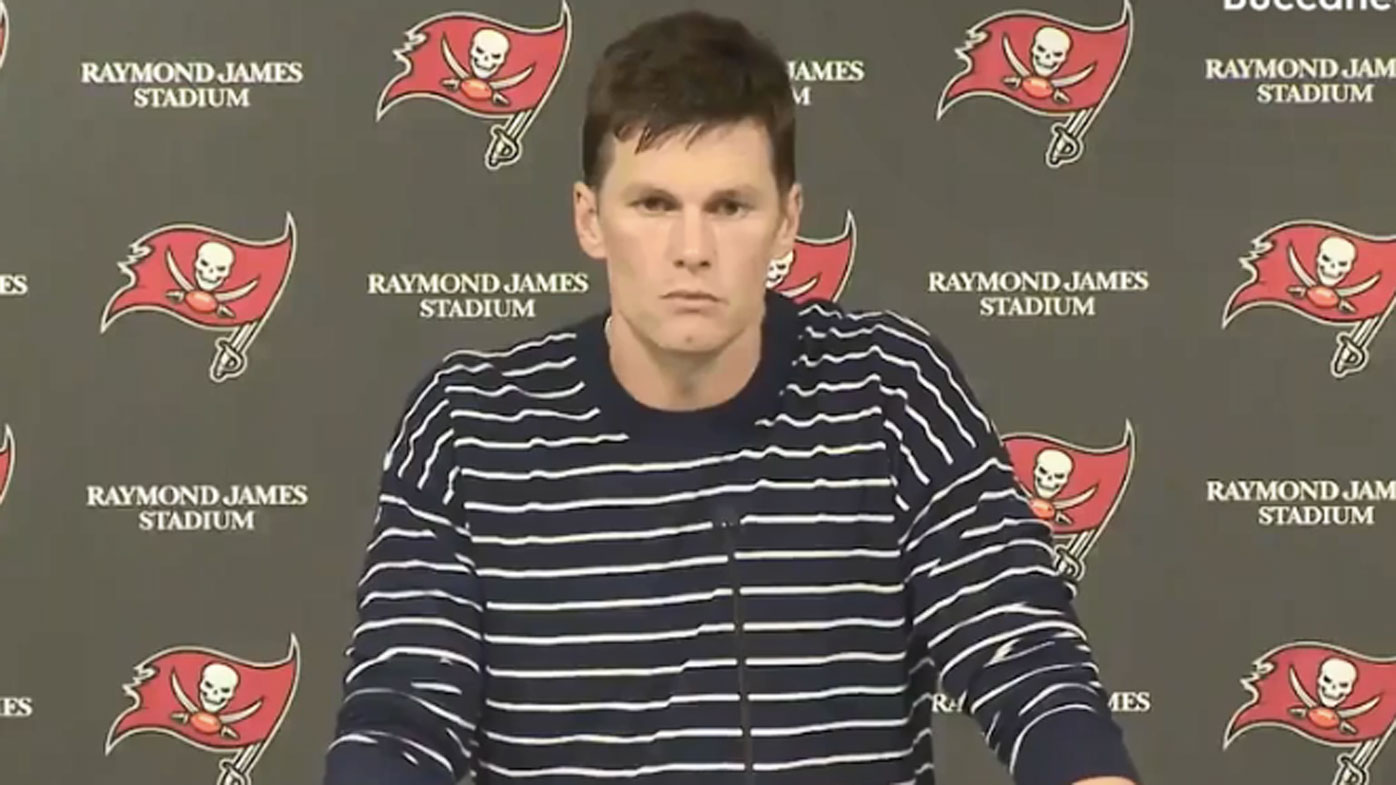 While Brady's 19 years at the Patriots wasn't without controversy and allegations of cheating, the system implemented by Bill Belichick had catered to his strengths. Brady has had little time to adjust to the Buccaneers' offence due to the COVID impacted season after signing with them in the offseason.

Brady's relationship with Bucs head coach Bruce Arians has been under the microscope from the word go, with Arians laying blame on Brady's shoulders for mistakes more than once this year.

Arians' comments led to Brady's former Patriots teammate Rob Ninkovich calling for a new coach for the quarterback and a reporter put that statement to the 43-year-old following their fifth loss this year.

"It's just external noise that when you are losing, that's what you deal with," Brady said in response post-game. "I love playing with the guys that I play with, the coaches, the whole organization has been unbelievable.

"I think I have to go out and certainly do a better job the last four weeks of the year. So, I appreciate it. Let's have a good week."

Brady, who snubbed Bears QB Nick Foles during the postgame handshake earlier this season, stuck around after the loss to shake hands with quarterback Patrick Mahomes.

Brady had also avoided shaking hands with Jared Goff after the Rams beat the Bucs by the same scoreline last week.