The Storm vs Panthers grand final rematch has landed live and free on Channel Nine after the forced reshuffle of Round 20.

After Saturday NRL matches were put on hold due to Queensland's new lockdown restrictions, those fixtures were moved to Sunday; while the original Sunday games will now be played on Monday.

The Melbourne vs Penrith match will be played in Nine's Sunday slot at 4pm AEST. The blockbuster clash is not only a rematch of last year's grand final but likely a preview of this year's decider, with the Storm and Panthers dominating atop the NRL ladder. 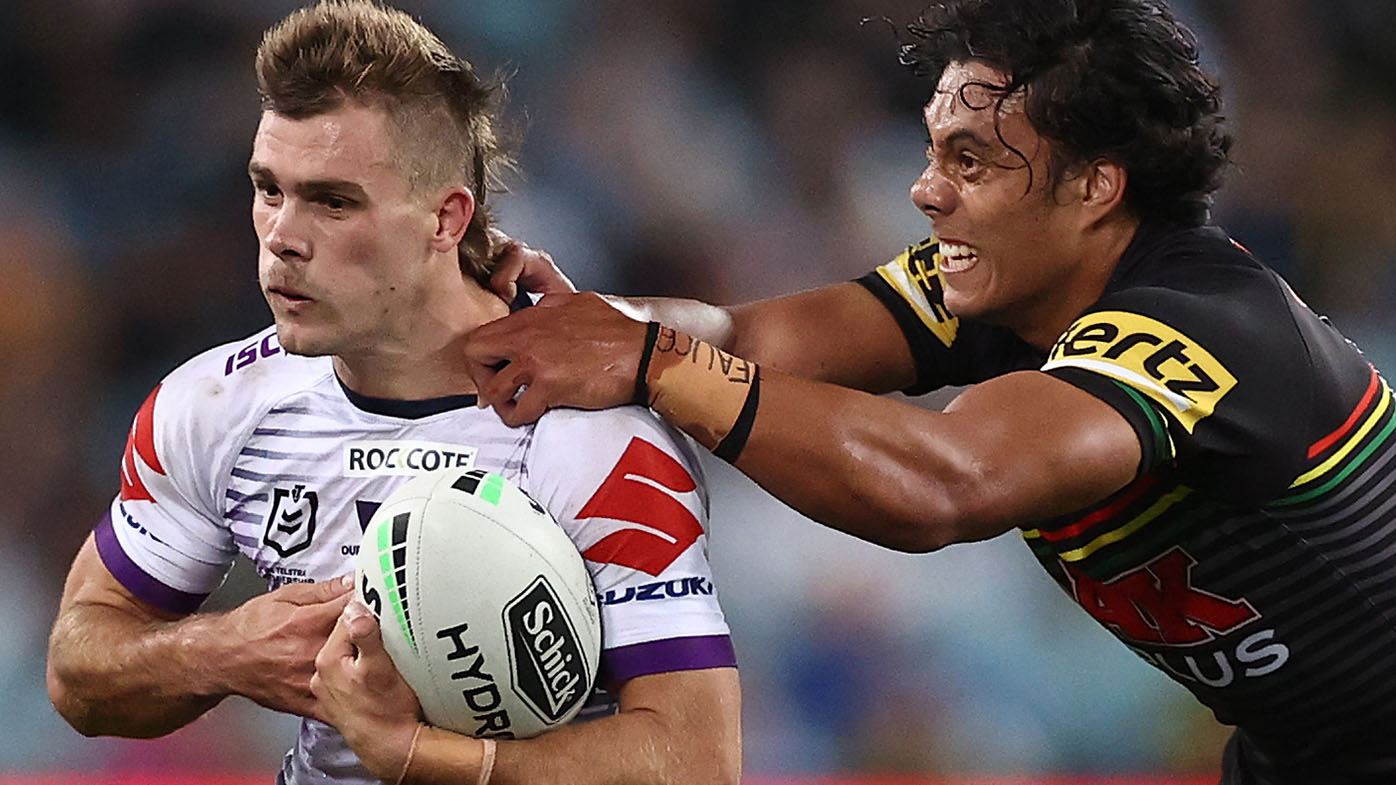 Both teams are sitting on 34 points, with imposing 16-2 records, and one side will hold the advantage in the minor premiership race after a high stakes clash at Suncorp Stadium on Sunday.

Superstar Storm fullback Ryan Papenhuyzen will feature off the bench in his second game back from concussion. Harry Grant is also on the Melbourne bench after recovering from a hamstring injury.

The battle in the halves is a cracker despite the absence of Penrith's Nathan Cleary. Storm's Cameron Munster and Jahrome Hughes will match wits with Panthers young guns Matt Burton and Jarome Luai.